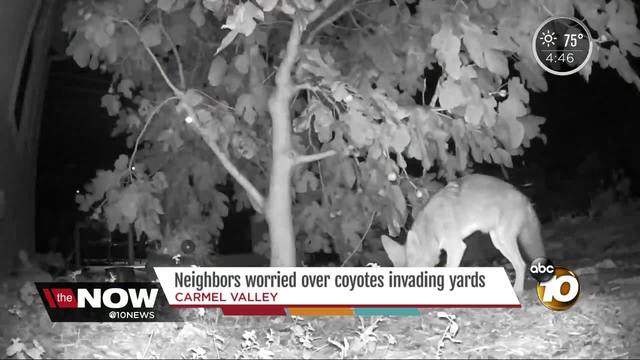 In his search for a humane solution to intruding coyotes, a San Diego resident recently contacted Predator Guard to find an effective coyote deterrent. Here is his story.


Joel Dorfan, a resident of Carmel Valley in San Diego, California, is one of many local homeowners reporting nightly raids by coyote. Neighbors say the coyote population in Carmel Valley is growing, and getting bolder.

Several residents have reported their pets missing and believe that coyotes are responsible.

Predator Guard solar-powered LED deterrent lights emit random flashes of light that mimic the eyes of another predator. This triggers the flight-response in wild animals and makes them stay away.

Joel set up two of the deterrent lights, mounted on his fence facing outwards into the canyon. He also set up several night vision cameras to track the movements of the animals at night. So far, coyote are keeping their distance. 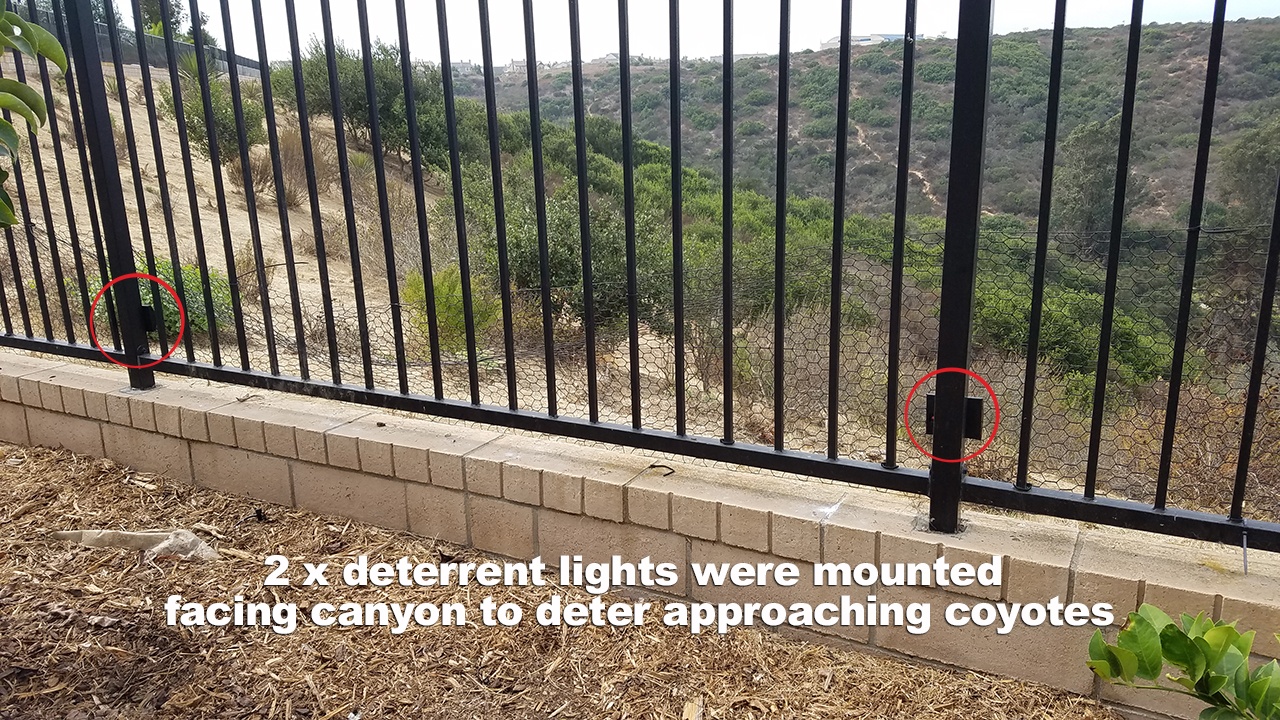 In his own words:

“I installed your two lights on my fence facing the canyon around the spot where the coyotes have been coming through. No sign of them last night and that’s with multiple motion activated cameras monitoring from various positions.”

2 days later:
“Again another night with no approaches by the coyotes with your lights facing the canyon. We heard them in the distance so know they are still around.”

As a secondary deterrent, Joel mounted a PestAway Ultrasonic Animal Repeller device near his fig tree to repel any animals attempting to eat his figs. So far the PestAway device has been effective in keeping animals away. (The PestAway Repeller is a motion-activated device, that emits flashing strobe lights and a high-pitched frequency to repel animals effectively and humanely.) 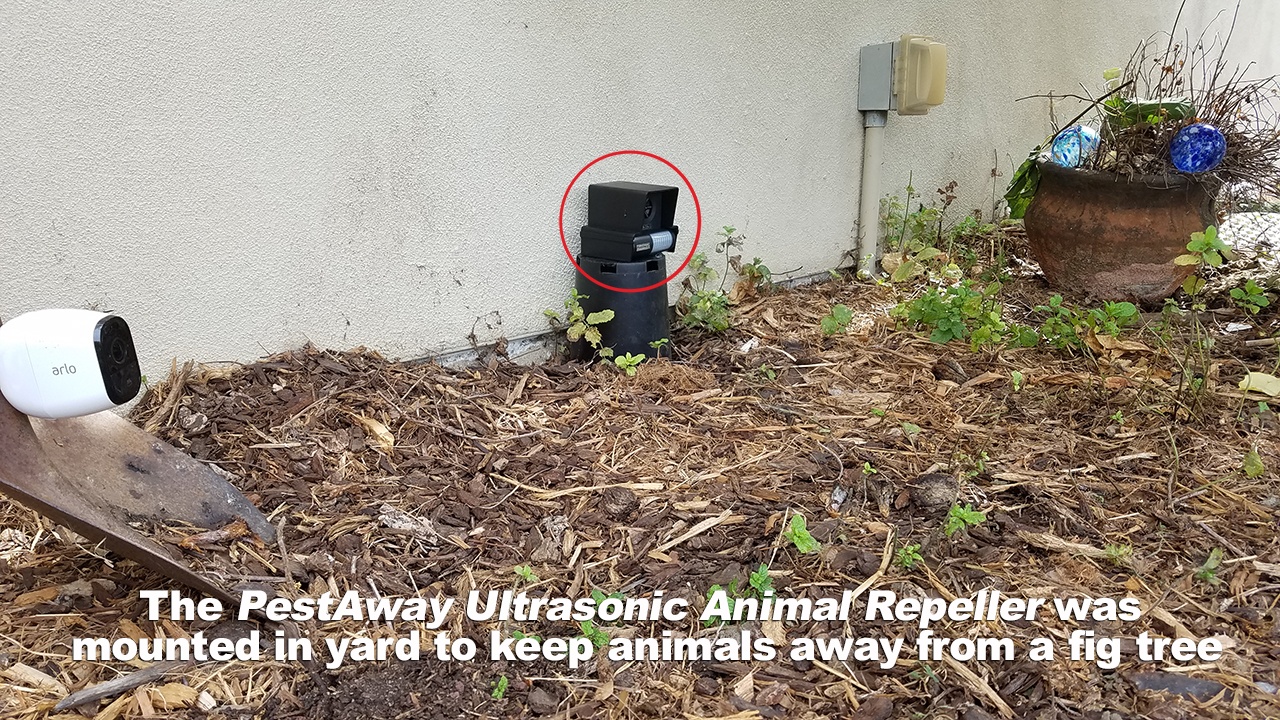