predator-control predator-deterrent predator-deterrent-lights
What makes Predator Guard deterrent lights unique is that they employ neophobia, a nocturnal animal’s instinctive fear of new or unusual things in their natural environment. In nature, various species use this fear to protect themselves. Several species of insects and fish have one or more large eyespots on their bodies. These large, dark circles resemble the eyes of a larger animal. The Owl butterfly’s wings feature large markings that mimic owls’ eyes, whereas juvenile damselfish confuse predators with large fake eyes on their body. As a result, predators are instantly startled or scared off without attacking or causing damage. 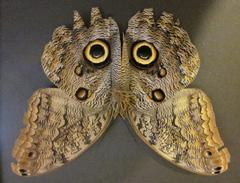 Ecologists studying this natural occurrence have discovered that false eyes intimidate potential predators, and make them believe they are being watched by a larger more menacing animal. Predator Guard's flashing lights exploit this instinctual fear as they mimic predator eyes in the darkness. This effect makes nocturnal predators flee an owner’s property. Wild animals learn to avoid that area and seek out other locations to hunt and feed.

Predator Guard deterrent lights offer an alternative to more traditional, lethal pest control practices such as poisoning or killing, while allowing gardeners, livestock owners and farmers to sleep with ease.

Flashing light technology is becoming widely adopted as an effective predator deterrent method. In one 1994 study (quoted in “Prevention and Control of Wildlife Damage” by Scott E. Hygnstrom), involving 100 sheep producers from Kansas, several participants used flashing lights above their corrals and around fenced pastures to deter coyotes. In these tests, predation was reduced by about 89% using lights. 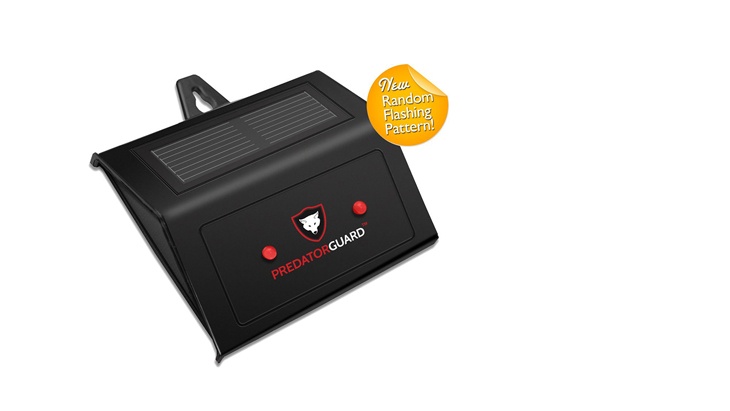 For the most effective results, we recommend a minimum of 4 units are installed around the perimeter of a garden, enclosure or property to keep wild animals at bay in all directions.

CLICK HERE TO PURCHASE PREDATOR GUARD DETERRENT LIGHTS - use coupon code PG15OFF to receive a 15% discount on your purchase of 2 or more units.
Tweet