How To Protect Chickens From Weasels 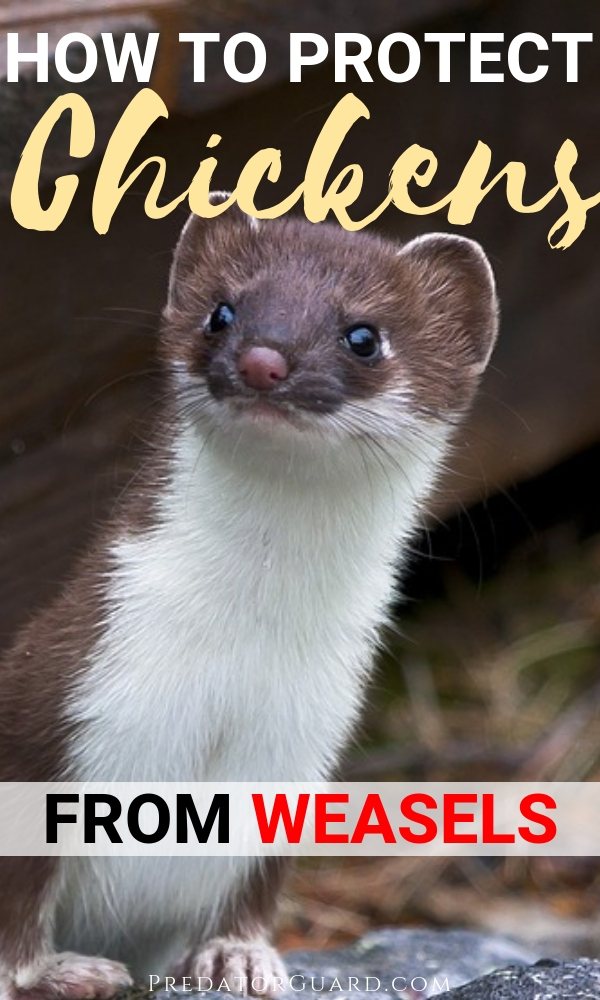 Weasels may look adorable, but don't be fooled - they're actually pretty brutal. They kill and eat about half of their body weight each day, and have super fast metabolisms.

They're triggered by movement, meaning even if they're full, if they see something move that looks like prey, their instincts kick in.

Weasels have been known to successfully kill and eat animals up to 10 times their size.

Interestingly enough, many people consider weasels to be more beneficial to have on your property than detrimental. As long as your flock is safely out of reach, that is.

Just like any other wild animal, weasels play an important role, especially when it comes to keeping the rodent population down. This can be quite helpful, actually!

With weasels around, rodents will be less likely to reproduce out of control and invade your barn, coop, or home. In turn, this can help your garden thrive.

However, if the rodent population dwindles and the weasels find themselves without many other sources of food (such as fish, birds, or frogs), they can and will turn to your chickens.

So, while we don't want to harm any weasels, chicken owners certainly need to take extra precautions to guard themselves against them.
How To Identify Weasels 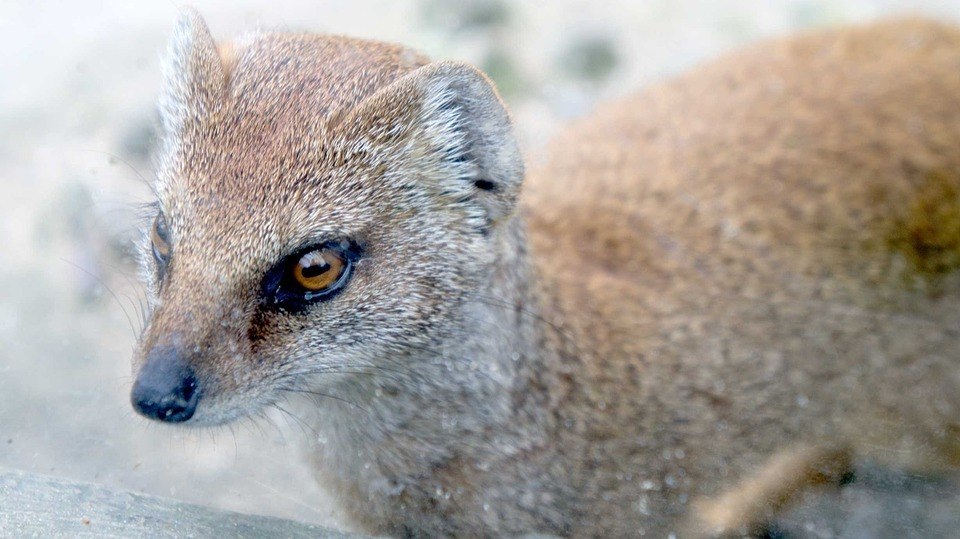 Three species of weasels can be found in North America, with the long-tailed weasel being the most common.

They're fierce predators who use their long, strange body shape to their advantage, twisting around their prey in a snake-like fashion and delivering a fatal bite to the back of the head. Typically this punctures the prey's spinal cord.

They kill not only for food, but for sport. If you find chickens with the backs of their necks or their heads missing, weasels are likely the culprit. Beyond that, you may notice that weasels tend to kill in sprees.

Because of their huge appetite, they're known to save leftovers by digging a hole and storing their prey for another day. Couple this with the fact that movement triggers their instinct to kill, and you're looking at a major loss if a weasel makes their way into your coop.

The scared chickens flapping around will cause the weasel to kill until there is no one left, and take as much as they can back to their den for later.
How To Protect Chickens From Weasels 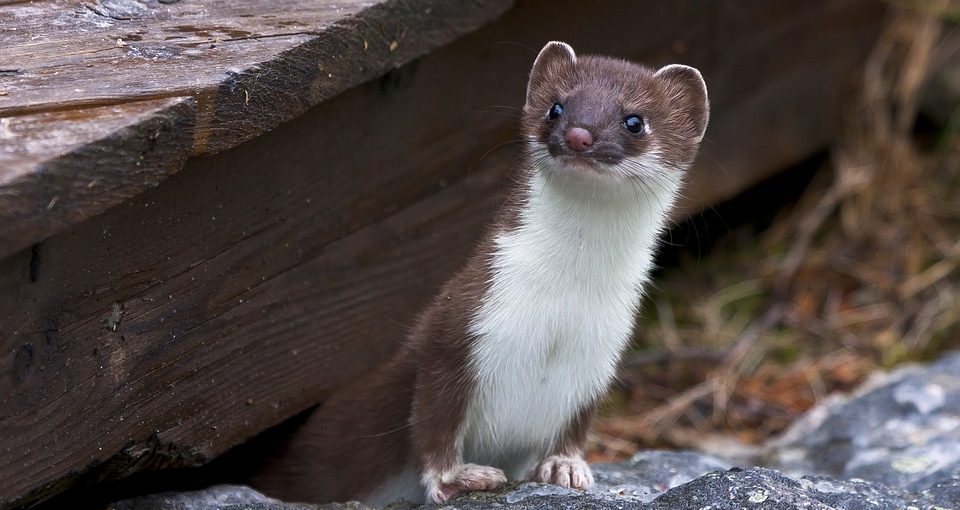 While some people think that weasels are nocturnal, they actually hunt during the day as well, especially in the Summer.

Never assume that your chickens will be safe free ranging during the day, especially if there are weasels in your area. The choice to free range is entirely up to you, just know that the risk is always present, even during the day. 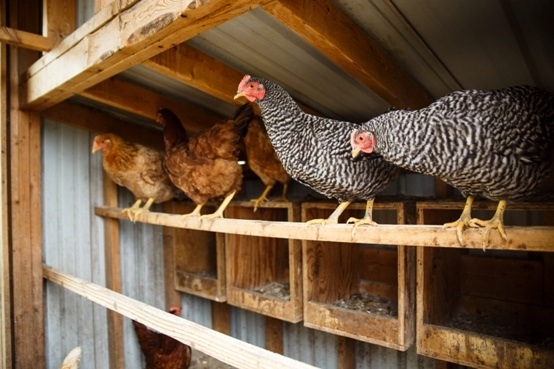 Securing your coop and run is vital in keeping your chickens safe from weasels. Remember, chicken wire is only good for keeping chickens in. It's not suitable for keeping predators out.

Instead, use hardwire cloth to secure any weak spots, including windows, any cracks, and the edges of the coop. Ideally, your coop should not be placed directly on the ground.

If there's no floor to your coop, run hardwire cloth around the bottom edges and bury it a few inches under the ground at an "L" shape, to discourage burrowing and digging.

And most importantly, make sure you check for weak spots every few weeks and continue securing them as needed.

This tip isn't exclusive to weasels. Most wild animals are attracted to piles of debris, brush, and other miscellaneous garbage. It provides shelter, whether it be temporary or permanent, and it provides cover while stalking your chickens. This will only encourage the weasels (or any other animal) to come onto your property.

So get out and clean up your yard! Don't allow the brush to grow too high, get rid of any garbage, piles of wood, and miscellaneous debris. 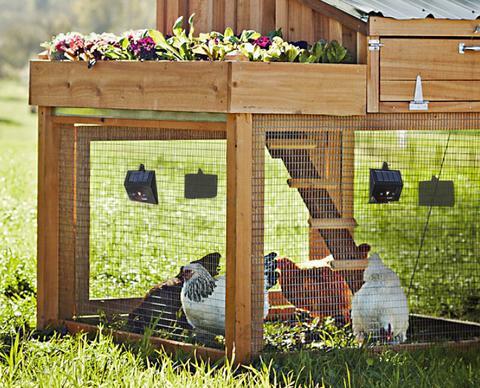 Our Solar LED Deterrent Lights successfully scare away a variety of nocturnal animals, including weasels. While they may not be nocturnal, they do hunt at night.

The two lights found on the device mimic that of a larger predator animal's eyes, effectively triggering the flight or flight response in weasels. Click here to learn more about how to install these deterrent lights.
Check out Predator Guard's Solar LED Deterrent Lights
Set Catch & Release Trap

This method may or may not be effective, but it's worth a shot. There's always a chance that the weasels may find their way back to your property, as it's not recommended to release them more than five miles from your home.

However, many people find that catch and release traps work for them. Sometimes one time is all it takes!

Please use caution and use your best judgement when deciding whether or not to set catch and release traps. It would be unfortunate to separate a mother from her babies, or release a weasel so far from her den that she can't find her way home.

To see the best results, follow these tips and check up on the stability of your coop frequently. Wear and tear is inevitable, and weasels can squeeze their way through very small spaces. In fact, a quarter of an inch is all they need to "weasel" their way into your coop. *Ba dum tss*

Are there weasels in your area? Have they ever attacked your chickens? How do you protect your flock? Let us know in the comments below!
If you liked this post, don't forget to pin it for later: