How To Protect Chickens From Hawks 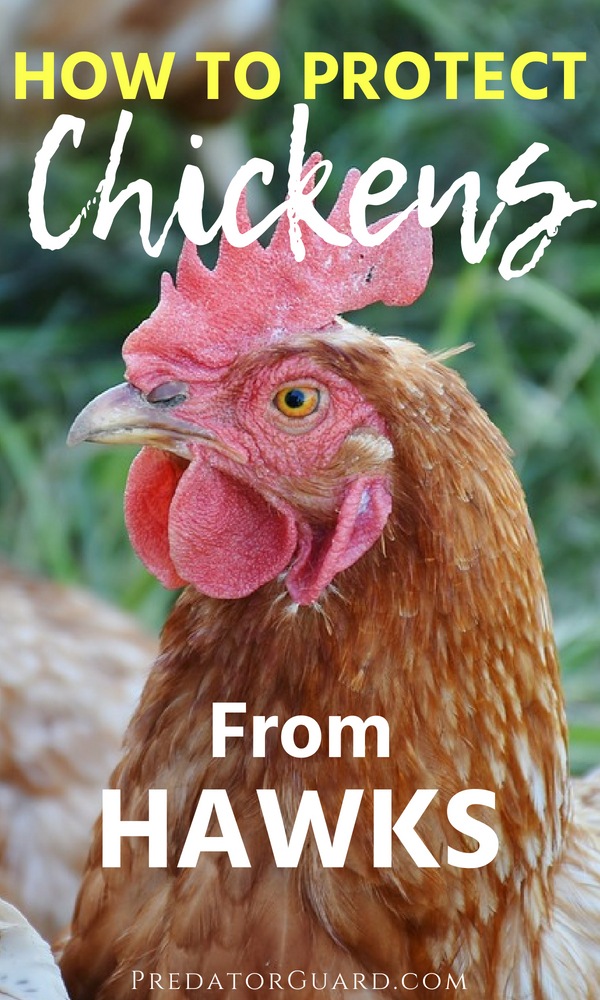 If your chickens free range, they're at risk of getting attacked by hawks. Though they're more common in rural areas, particularly in the deserts and grasslands of North America, hawks can be spotted in the city as well.

When Do Hawks Attack?

Hawks are daytime predators, but will also use the soft light of the early morning or evening to search for prey.

They have extremely keen eyesight, and will often perch high in the trees to scope the area out. Once they find their target, they'll swoop down, pinning them to the ground with their talons and often killing them on impact.  It's not uncommon for them to simply carry chickens off mid-flight.

In fact, there often aren't any signs of an attack. Feathers and blood may not be present; you may simply realize you're missing a chicken.

Unfortunately, once you face a hawk attack on your property, they'll more than likely attempt to come back for seconds. You must be proactive and sometimes creative when it comes to protecting your chickens from hawks.
10 Ways To Protect Chickens From Hawks 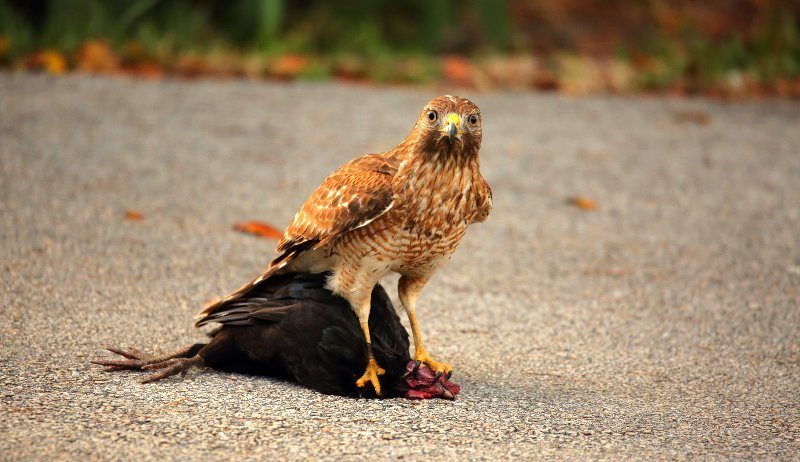 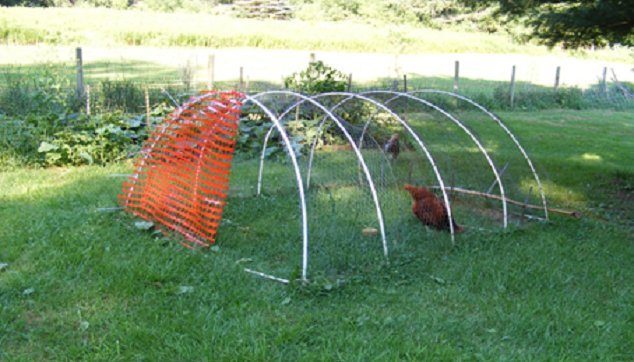 Safety shelters are exactly what they sound like: Places for your chickens to run and hide should they spot a hawk lurking above. Simply having things around that the chickens can hide under is helpful. Or, you can go all out like this person did, and build shelters yourself.

Unless the hawk is extremely desperate, this typically works well. If hawks think they wouldn't be able to get away quickly, most of the time they'll move on to searching for easier prey. 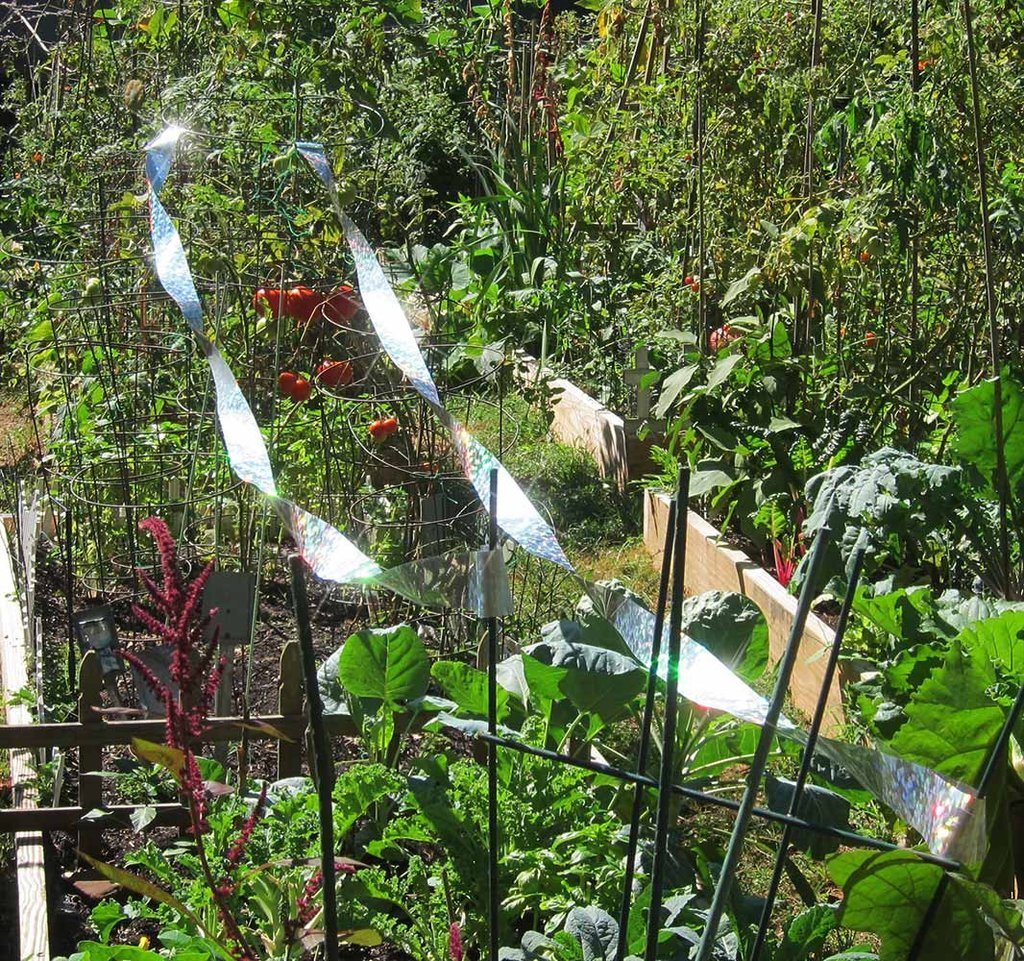 Reflective Scare Tape is used by people all over the world, for a variety of reasons. Some use it to deter birds from eating their garden, others for keeping birds off of their boat, and of course, for protecting their chickens from predatory birds such as hawks.

Simply hang strips of the reflective tape around areas you want to deter the hawks from. As it shimmers and shines in the sunlight, they'll be too nervous to approach the area. It also makes a metallic noise as it flaps in the wind. Because hawks are daytime predators, this is the perfect fix. 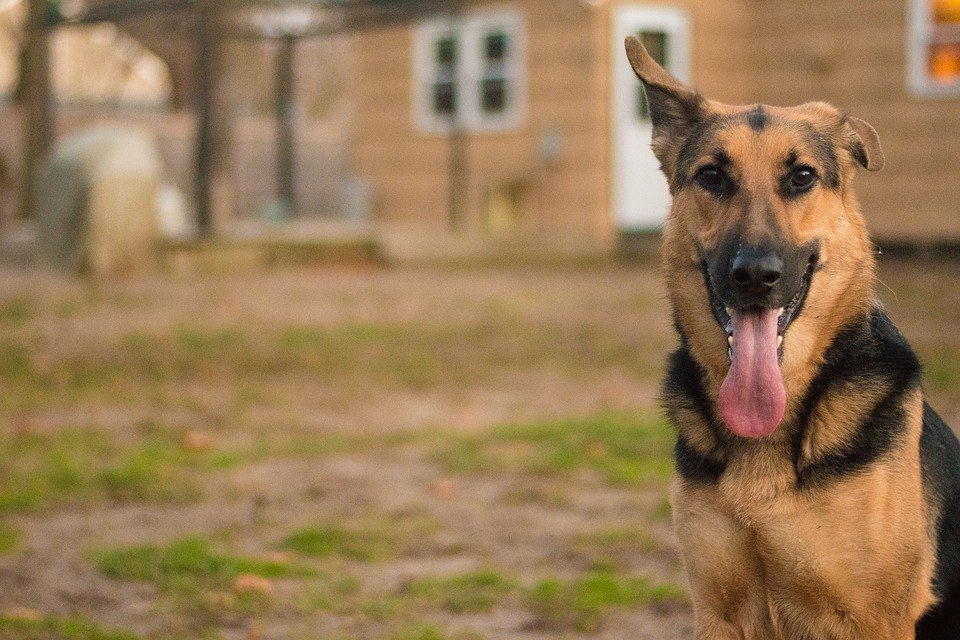 Dogs are great at keeping hawks away from chickens. Remember, hawks have been known to carry off small cats and dogs, so it's probably in your best interest to get a larger dog.

The hawks will most likely steer clear of your yard altogether if they see a dog with the chickens. Even if they're desperate, some dogs will intervene or at the very least, alert you to the attack.

Paint Eyes on The Top of Your Coop

Some chicken owners claim that painting eyes on the top and side of their coop successfully deterred hawks from attacking their chickens.

If you decide to go this route, remember to keep in mind which angles the hawks will likely be scoping the area out from. Look for trees or other perches they might sit at, and paint the eyes facing that direction. 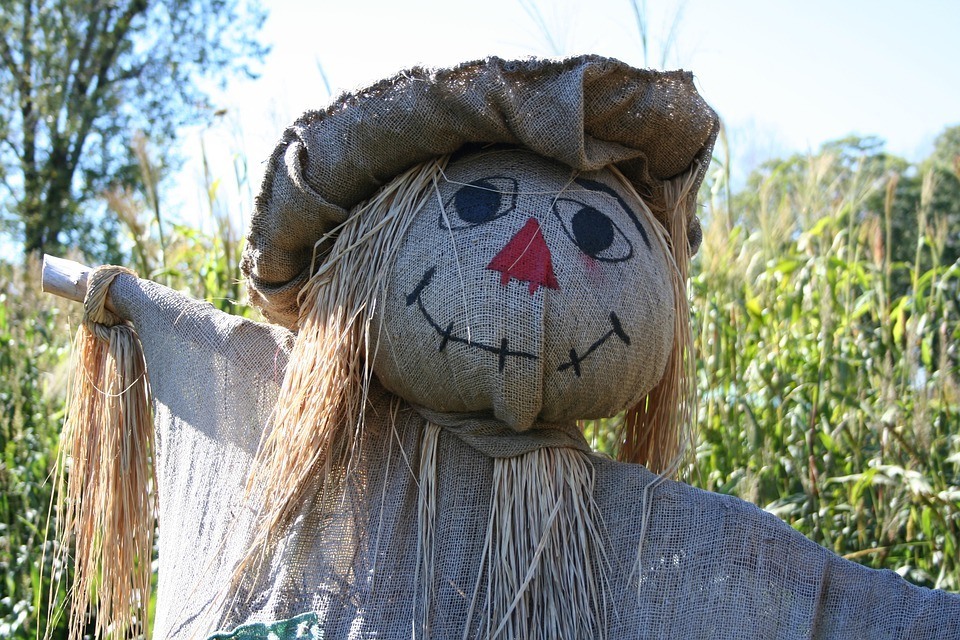 Setting up a scarecrow can deter hawks from approaching the area for obvious reasons - they'll think a human is outside!

It should be noted that in order for this to be effective in the long-term, you need to move the scarecrow around to different spots on your property.

Some people even use an owl decoy to deter hawks from messing with their chickens. It's not uncommon for owls and hawks to attack each other, especially when food sources are scarce. In fact, horned owls in particular can be a threat to red-tailed hawks. Since both owls and hawks prey on chickens, the hawks may assume the owl is already on the hunt, and will leave to avoid a fight.

Chickens are particularly vulnerable while eating. Their heads are down, their guard is down, and it's the perfect time for a hawk to swoop down and attack. Setting your feeders up under a covered area is the best practice. Typically it's smart to place them in the coop.

Some hawks are so intelligent, they can spot a chicken feeder and know to stick around, waiting for the perfect time.

It's possible to deter hawks with a variety of noise sources. If you spot one, simply going outside and banging a pot can scare them away. For a more long-term solution, try setting a radio up outside and playing a station. Even static, if loud enough, can work. Wind chimes, if not used all of the time can be effective as well. The trick is to switch it up every couple of days. 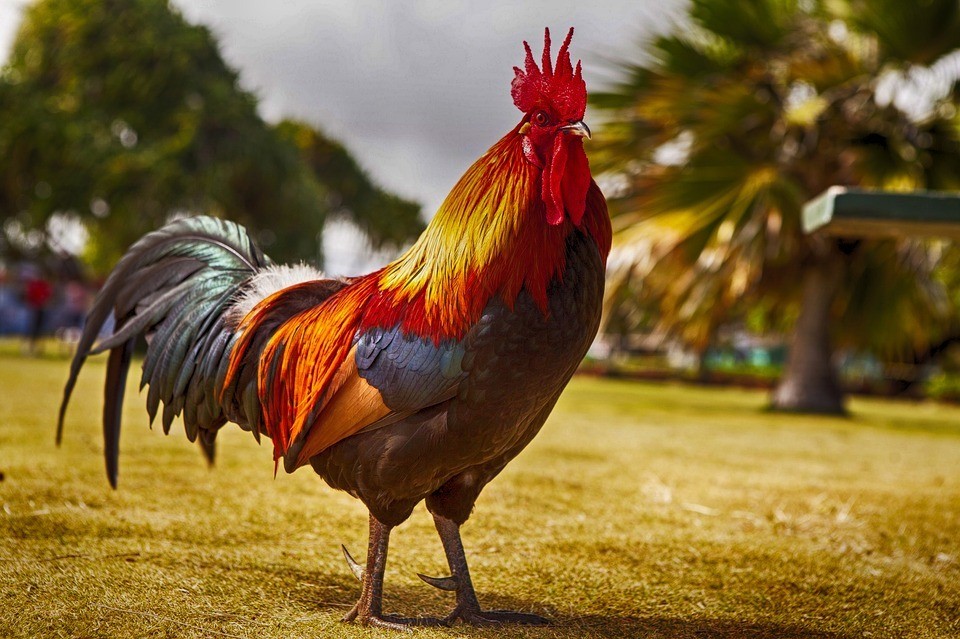 If roosters are allowed in your area, you might consider adding one to your flock. Roosters are fierce protectors, and will go to great lengths to keep their hens safe. They have no problem running up on a hawk and showing them who's in charge. Though some hens may develop spurs, a rooster will surely have them. (I can tell you firsthand - roosters can cause some serious damage!)
Add Some Guinea Fowl To Your Flock 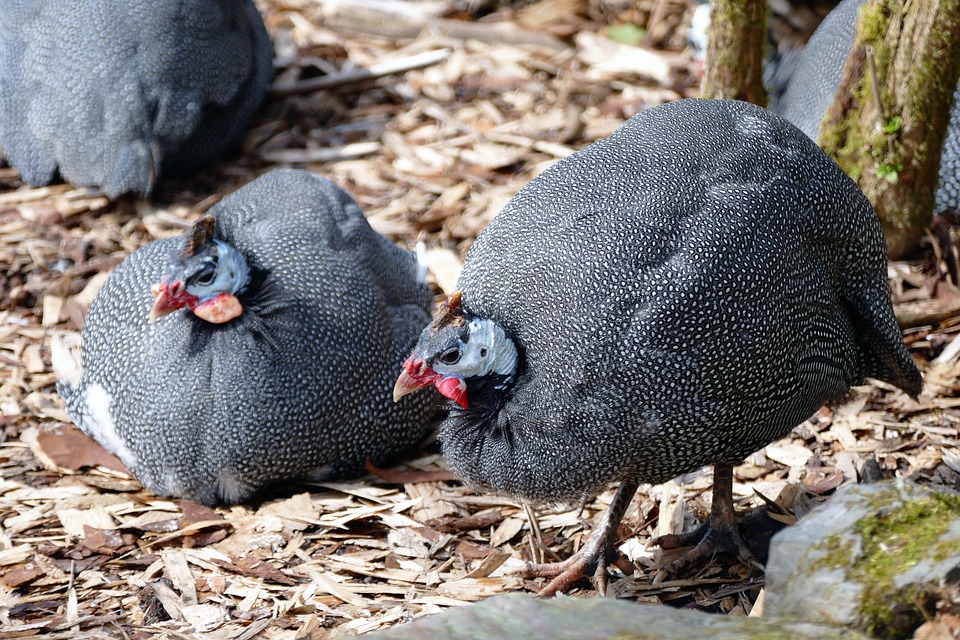 Many people add guinea fowl to their flock. Not only are they fun to have around, they're great sound alarms. No predators will make it past guinea fowl. They will certainly spot any hawks lurking above, and will alert you and all of the animals around that there's danger. The noise alone has been known to scare hawks away before they attack. If that doesn't work, you'll still be alerted to the issue.

This may not be practical for everyone, especially if you live in the city or suburbs.

Keep Your Chickens In An Enclosed Run 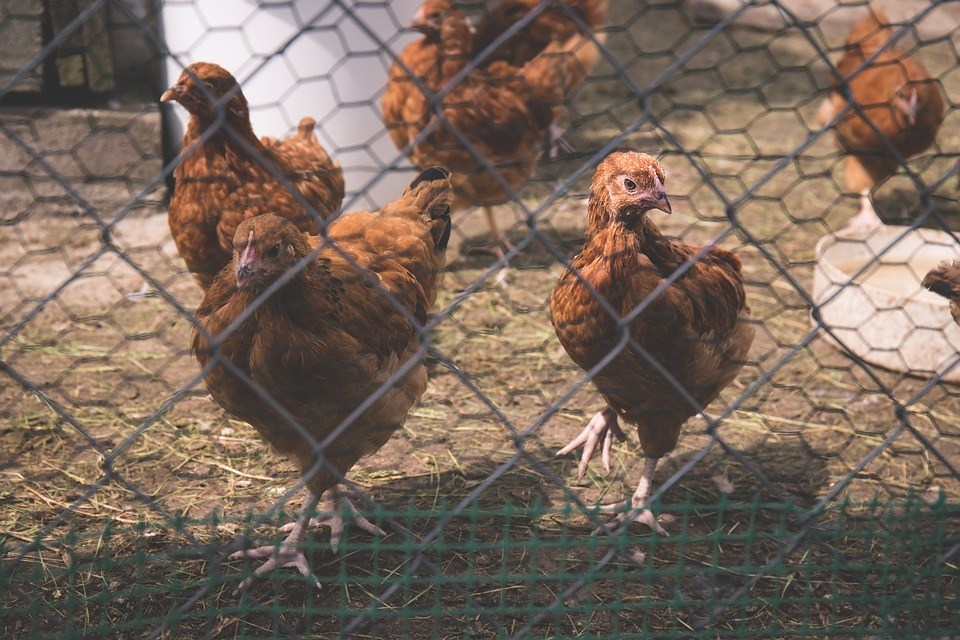 The only thing that is practically 100% guaranteed to protect chickens from hawks is to keep your chickens in an enclosed run, or in a moveable chicken tractor. If hawks can't get to them, there's no risk.

Keeping your chickens in a large, enclosed run still gives them plenty of room to roam around, without being out in the open, ready to be snatched off by a hawk. You may also consider using a moveable chicken tractor, as this allows them to forage safely in one location.This method also ensures that your yard doesn't see too much damage all in one spot.

To see the best results, cycle through different methods. Hawks are highly intelligent and have the ability to catch on to your tricks. Sometimes simply doing one or two things from this list may work for a few days, but will lose its effectiveness fairly quickly. Keep them on their toes.

Do hawks circle your property? Have you tried any of these methods? Let us know in the comments. We'd love to hear from you.
If you liked this post, don't forget to pin it for later: